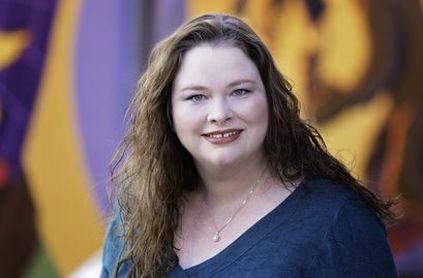 I am from the small city of Russell, Kentucky.  I found an early passion for the theatre working locally in our community at colleges, community theatre and even the local news station.  I have performed in productions from Kentucky, West Virginia, and Ohio to the mid west.  As I pursued my education, I developed a passion for directing and teaching.  While I delight in building a character and the relationship with the audience, I have found that focusing on the journey of the whole production and building the ensemble are at the heart of my theatrical world.  I am energized by the magic when I step into the rehearsal room or the theatre classroom.  I have been blessed  to have the opportunity to spend a wonderful year studying Shakespeare and Performance at Mary Baldwin with the American Shakespeare Center.  A passion grew that has expanded into my work with The South Dakota Shakespeare Festival, where I directed ​The Comedy of Errors. I completed my MFA in Directing at The University of South Dakota in the Fall of 2016. After graduation, I was invited to join the team at USD as an adjunct professor, where I was actively directing at local universities and communities, teaching workshops, and working on Shakespeare performances.  In the fall of 2018, I was blessed to join the faculty of The University of the Ozarks as the Walton Asst. Professor of Theatre.  I am currently studying intimacy choreography in addition to my other movement work.  I enjoy learning with my students, directing productions, working with KCACTF, and plenty of cuddles with my pup!